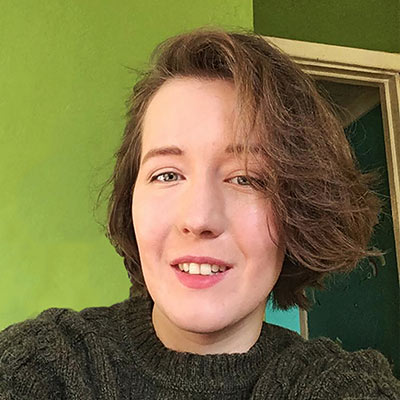 Born in 1989 in Sverdlovsk, lives and works in Yekaterinburg.
Participant of the main project of the 3rd Ural Industrial Biennial of Contemporary Art (2015).

Graduated from the Ural State University of Architecture and Art. Participated in such artist residencies, as the Мatadero Madrid (Madrid, 2016) and the Garage Workshops (Moscow, 2019), as well as group exhibitions in Russia and abroad, including Taming the Emptiness: 50 years of contemporary art in the Urals (Yekaterinburg, Moscow, Krasnoyarsk, Perm, Samara, 2017-2018), NOT DARK Light Festival (Yekaterinburg, 2012-2014), A Gift to Birds (Berlin, 2011).

During the Great Patriotic War (World War II), Uralmash had a special road for testing artillery vehicles produced at the factory. Today there is no more tank production, and the same road is used for skiing.

Sounds from the Uralmash Factory have been incorporated into the video: vibrations, noise from the small molding machine, lifting of cargo, the 17-tonne molding machine. “The Uralmash Heavy Machinery Factory is based in the Urals. Housing was built around the enterprise, and that was the place where we filmed. The games on the playground were so monotonous that I was reminded of work at the factory. We grow up but continue running in circles in the same fashion, only the sounds change, and we begin considering such terms, as “productivity” and “performance”.”