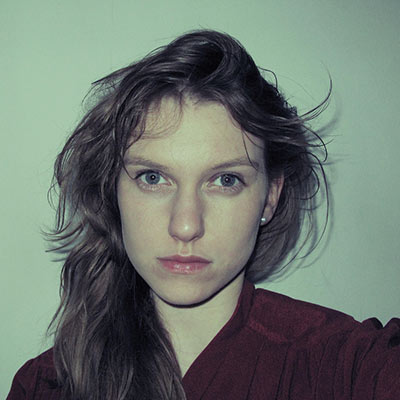 Born in 1994 in Yekaterinburg where she lives and works to this day.
Participant of the main project of the 5th Ural Industrial Biennial of Contemporary Art (2019).

“What Am I Doing Here?” —this is a question that people are bound to be asking themselves over and over again. At a certain moment, one begins feeling that any person is willing to answer this question and stop torturing himself or herself with it. So, we began asking random people in the streets of Yekaterinburg: “What are you doing here?”

The films that form the What Am I Doing Here Project are filmed as animated documentaries. The viewer hears the words of our heroes but sees stop-motion puppets. This technique allows us to surmount the superficial meaning of the words being said and consider who is speaking them. Each film ends with a jump to the real world, as we encounter our heroes in the flesh.