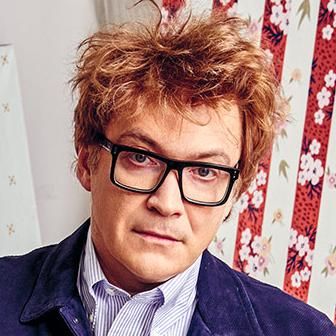 Born in 1966 into an artists’ family – Victor Pivovarov and Irina Pivovarova. Studied at the Academy of Fine Arts in Prague. In 1987 together with Yuri Leiderman and Sergey Anufriev founded Medical Hermeneutics Inspection Art Group, thus ushering in a new phase of development for the Moscow conceptualism movement. Creator of the so-called “psychedelic realism” concept, art theorist, author of The Mythological Love of Castes, Spring, A Night in Prague, The Epoch of Attractions etc. Pepperstein’s art is noted for its ironic slant and combination of Russian avant-garde, European surrealism and Moscow conceptualism. In 2009 the project Victory over the Future was presented in the Russian Pavilion at the 53rd Venice Biennale. Pepperstein also participated in the 26th São Paulo Biennale (Brazil, 2004) and the 1st Bergen Biennale (Norway, 2013). In 2014 he was awarded the Kandinsky Prize for his project Sacred Politics. His works can be seen at the State Tretyakov Gallery, the Hermitage Museum (St. Petersburg), the State Russian Museum (St. Petersburg), the Pompidou Centre (Paris), and in major private collections.