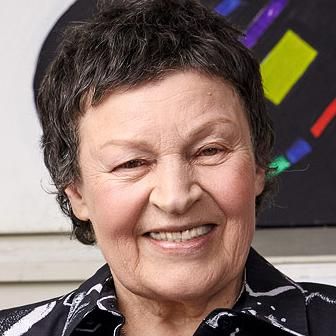 Born in 1939 in Moscow. She was brought up in a family of a painter and was a painter’s wife. She did not express any interest in traditional art. In 1965 she started to create works that were recognized by many members of the non-official art-community. The 1974 Bulldozer Exhibition which she took part in became a noted event in the history of non-official Soviet art. In 2017 an exhibition Bella Levikova. Evaluation of an Integral took place at the Vladey Space (Moscow). Her works were presented at the first Sotheby’s auctions of contemporary art in the USSR, in 1988. Levikova’s artworks are included in the collections of the State Tretyakov Gallery (Moscow), the State Russian Museum (Saint Petersburg), Zimmerli Art Museum at Rutgers University (New Jersey, USA), Kolodzei Art Foundation (Highland Park, New Jersey, USA), and numerous private collections around the world.