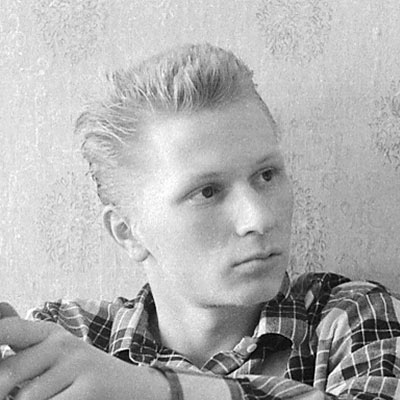 Born in 1972 in Novorossiysk. In 1985, moved to Leningrad to live with his brother Inal Savchenkov. The brothers established the art group “Good Wizards.” Yenkov began working with paintings and collages, in 1986 — with videos and animation (School of Art Engineers, 1986 film “Models & Constructs”). Films created with his participation were shown at Leningrad underground concerts of KINO band, Joanna Stingray, Pop Mechanics band led by Sergey Kuryokhin. The films were also presented at the Berlin Film Festival and in Potsdam.

Since 1989 — permanent member of the School of Art Engineers, works in painting, collage, video, animation, and sculpture, collaborates as a sculptor with the leading theaters and theatre organizations of Russia.