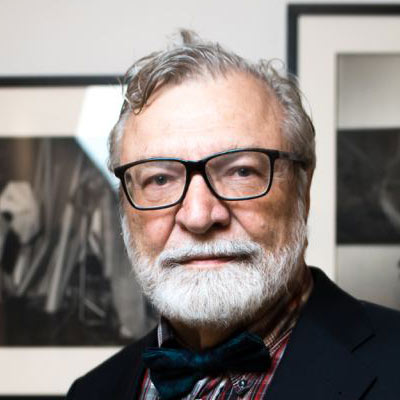 The artist was born in 1947 in Moscow. In the 1970s–1980s he worked as an advertising photographer, took portraits of Soviet pop stars for the posters and records of the Melody Company. Photographer Sergei Borisov is a chronicler of the Soviet underground: his photographs are world famous and published in such known worldwide editions as Le Monde, Photo, Vogue, Interview, Spin, Face and others.

At the end of the 1970s, he entered the City Committee of Graphic Artists, in the photography section, where his exhibitions of the portraits of artists took place in 1980–1981. Through his official work with the stage, Borisov received his own studio in Moscow (known as Studio 50A), which became a place of meetings, exhibitions and concerts of the unofficial culture representatives of Moscow and Leningrad. Among the heroes of his photographs are Victor Tsoy, Boris Grebenshchikov, Timur Novikov, Ilya Kabakov, Anatoly Zverev, Zhanna Aguzarova, Sergey Kuryokhin, Alla Pugacheva and others. Sergei Borisov is still actively working and exhibiting both in Russia and abroad. Recent selected retrospective exhibitions of the author are «Sergei Borisov. Zeitgeist" (MMOMA, Moscow, Russia, 2017; National Art Gallery, Sofia, Bulgaria, 2018; National gallery of Modern art, Zagreb, Croatia, 2021). In 2022, the exhibition "Reconstruction" was opened, timed to the 75th anniversary of the author. The photographer’s works are on sale at the most prestigious auctions of Sotheby’s, Christie’s and Phillips.

The gallery’s space, designed by architects Anton Nadtochiy and Vera Butko (architectural bureau "Atrium"), is one of the largest in Moscow (occupies more than 800 square meters) and located in the “museum quarter” in the centre of Moscow. Over 17 years, the Gallery hosted more than 100 personal and group exhibitions.

Among the artists cooperating with the Gallery are well-renowned masters, nominees and laureates of contemporary art awards as well as young promising artists. Ruarts Gallery actively collaborates with the participants of the Russian street wave movement.

Exhibition of Achievements of Contemporary Artists