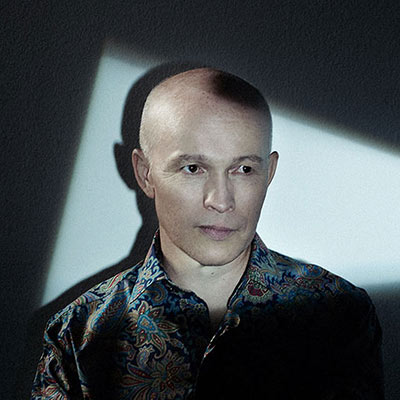 Born in 1968 in Ermolaevo Town, Bashkir Autonomous Soviet Socialist Republic. Lives and works in Ufa. In 1989, graduated from the Architecture Department of the Ufa Petroleum Institute and participated in his first city exhibition in Ufa. In 1994, was awarded the Russian State Prize. In 1995, organized his first solo exhibition in Zlatoust, in 1999 — two solo exhibitions in Ufa galleries.

Member of the Union of Russian Artists. Since 2000, participates in group exhibitions in Moscow. In 2002, held his first exhibition outside of Russia, in London. Awarded the Repin Prize (2014). Nominated for the Kandinsky Prize (2014).