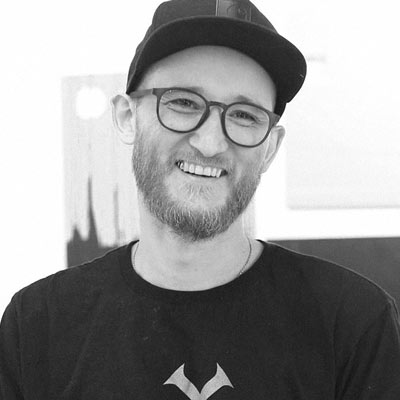 Born in the Year of the Rooster, lives and works in Moscow. From an early age, Chtak participated in significant projects of the Russian art scene, including Avdey Ter-Oganyan's Contemporary Art School and the Radek Society. One of the characters of the 2015 feature film Rag Union was based on Valery, the script of the movie was influenced by the ideas of Radek Society. In 2016, Chtak's solo exhibition If My Way – No Way took place at the Moscow Museum of Modern Art. The artist's signature techniques are an austere color palette, a specific set of objects and characters, as well as inscriptions – phrases in different languages of the world, including rare ones. All this turns Chtak's artworks into a sort of a puzzle – they are almost impossible to decipher if you are not aware of the details, but the authorship is obvious – they cannot be mistaken for anyone else's.

May a lucky star shine upon you
The Common Goal Philosophy. Glossary.