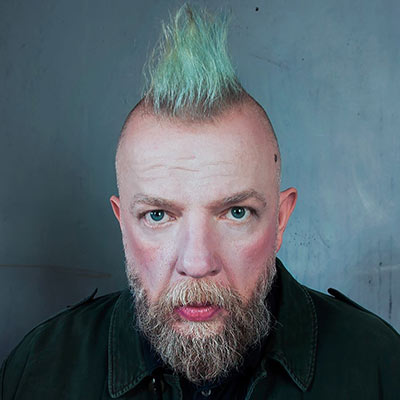 Born in the Year of the Fire Horse, lives and works in Moscow and Berlin. Pakhom's professional interest cannot be described in a single word, except for one — "artist" (artist in the broad sense of the word): he is an actor, screenwriter, musician, interior designer, glossy magazine art director, an alternative stand-up comedian, and even a psychic. Pakhom became popular after his performance in the meme-spreading underground Green Elephant movie by Svetlana Baskova in 1999 and when he reached the final of the 16th season of the TV show Battle of the Psychics. Pakhom often calls his activities "a mixture of lunacy and absurdity”, thus, his contribution to the exhibition dedicated to the Chinese horoscope is priceless.

May a lucky star shine upon you
The Common Goal Philosophy. Glossary.