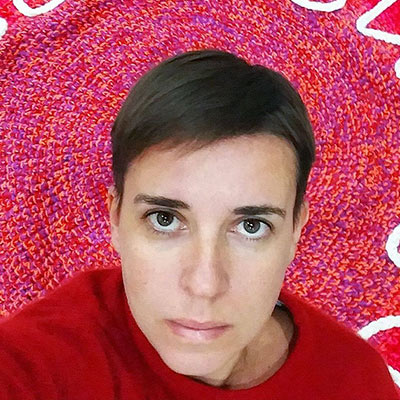 Born in 1974 in Moscow. Journalist, stage designer, artist. Graduated from the Russian Academy of Theater Arts (2000) and the Institute of Contemporary Art (2010). In 2001 received the Performing Arts Debut Award (Best Scenic Design). In 2010 Olga Bozhko joined the VGLAZ Artist Association. Since 2014 works as a curator at the Zverev Center.

As an artist, Bozhko focuses on the theme of humanity’s existence in the time of rapid development of digital technologies. In her artworks, she explores virtual reality and the Internet, drawing parallels between program technologies and the cognitive function of the brain.