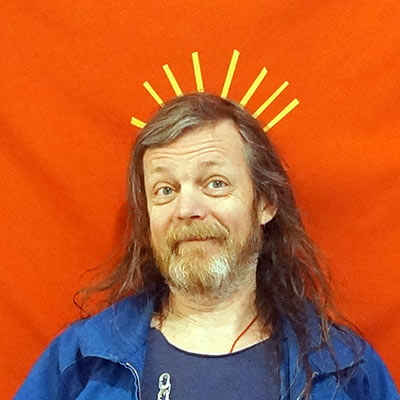 Born в Saint Petersburg in 1958. Oleg Kotelnikov is a legendary figure in the history of Leningrad underground culture, artist, poet, musician. Since the 1970s, he has participated in exhibitions jointly with the founder of the New Academy of Fine Arts Timur Novikov. Since 1982 — a member of the New Artists group, the association of the Leningrad New Wave nonconformist artists. In the 1980s Oleg Kotelnikov collaborated with Sergey Kurekhin’s Pop Mechanika Orchestra. One of the permanent residents at 10 Pushkynskaya Art Center — former squat in Saint-Petersburg that became the center of the Leningrad underground movement at the end of the 1980s. As with many members of the New Artists, painting for Oleg Kotelnikov is an opportunity for self-expression in color, a punk-style statement embodied in a visual image. The artist frequently works in a mixed technique, utilizing all available materials as the basis for his pieces: cardboard, shower curtain, discarded paintings. Kotelnikov’s art is marked by absurdist humor and aristocratic nonchalance — those very qualities define the personal charm of the artist. The expressive artistic style of Oleg Kotelnikov is often compared to the art of Jean-Michel Basquiat. His pieces are an anarchic festival of life in the style of rock-‘n-roll — the same atmosphere that united the artists and musicians of the Leningrad underground. 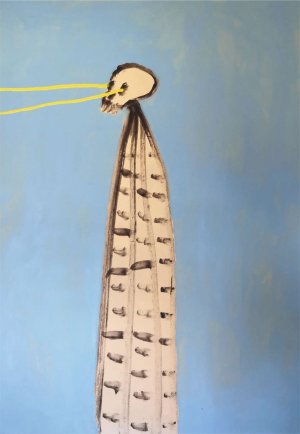 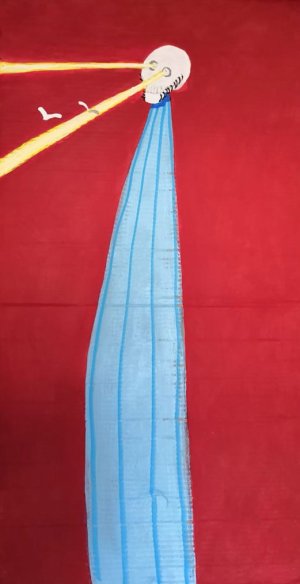 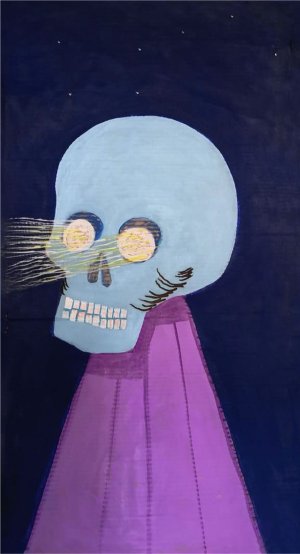