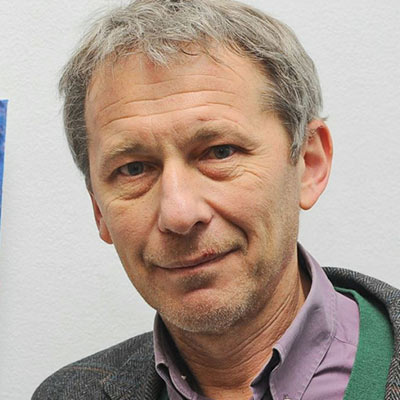 Born in 1956 in Dnepropetrovsk. Began studying painting in 1974. Graduated from the History Faculty of the Moscow State University (1979). Since 1993 he is a member of the editorial committee of the Art Magazine. From 1998 to 2001 lived in Nuremberg (Germany). Since 2001 lives and works in Berlin and Moscow.

Georgy Litichevsky is not only an artist, but also an art historian and theoretician. Since the beginning of the 1980s, Litichevsky was one of the first independent Moscow artists to work in the style of comics which unite a free, light way of painting and a personal literary work. Later, other artists from the Moscow conceptualism school would use graphics to present narratives. The subject matter of Litichevsky’s comics and paintings seem absurd and lightly humorous at first glance. The stories can relate to meetings between great literary heroes and real historical figures, such as Lunacharsky, Isadora Duncan and Scheherezade try to use the energy of dance to power the country, Yekaterina the Great studies the project by Count Cagliostro to breed a wolf and a crocodile. However, the language of Georgy Litichevsky reveals an erudite; his works always reference various philosophical theories and intellectual literary pieces. He is an author who can present in a humorous and straightforward form the most difficult artistic matter.

Since the end of the 1980s Litichevsky held solo exhibitions around the world, including the Vadim Sidur Museum in Moscow (2018), State Museum of Contemporary Art in Thessaloniki, Greece (2016-2017), Era Fund, Moscow (2010-2011), Anna Nova Gallery, Saint Petersburg (2010), Other Art Museum in Moscow (2007). In 2003 together with Gosha Ostretsov, he organized an exhibition in the National Center for Contemporary Arts, Moscow. At the end of the 1990s — the beginning of the 2000s Litichevsky’s solo exhibitions were held numerous times in German galleries. Artworks by Georgy Litichevsky can be seen at the State Tretyakov Gallery (Moscow), Sakharov Museum and Social Center (Moscow), ART4.RU Museum (Moscow), Kolodzei Art Foundation, Highland Park (New Jersey, USA), Kiasma Museum of Contemporary Art (Helsinki, Finland). 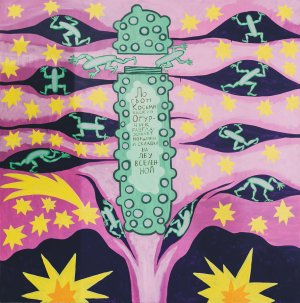 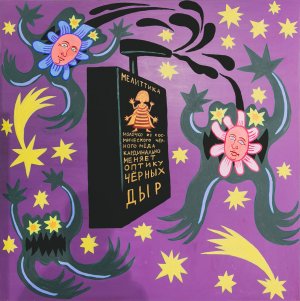