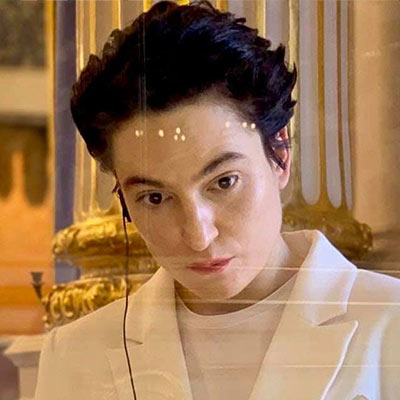 Born in 1987 in Tashkent. Lives and works in Moscow. In 2005-2007 studied at the Free Workshops of the Moscow Museum of Modern Art. In 2007-2008 studied at the Institute of Contemporary Art in Moscow. Since 2014 Alisa Yoffe collaborates with the Red Brigade Punk Fraction group. Since 2016 she is a member of the Antiwheel Creative Association.

In her works, Alisa Yoffe creates laconic black-and-white images with a broad brushstroke. The artist frequently experiments with painting techniques and combines different ingredients for paints. Yoffe works expressively. The impulsive nature of her art is revealed not only in her artistic language but also in the aspiration to leave the confines of the format. During the creative process, she at times, continues painting beyond the canvas and move to the surrounding walls and ceiling. Alisa Yoffe often paints on large pieces of fabric and rolls of paper. Her exhibitions are total installations where each partition is filled with vivid images. The artist creates grotesque characters — silhouettes over a white background. Stains and splashes of black paint accentuate the incandescent atmosphere of the subject matter: rock concerts, topical social and political themes. 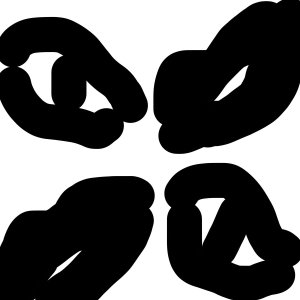 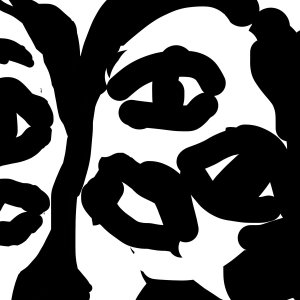