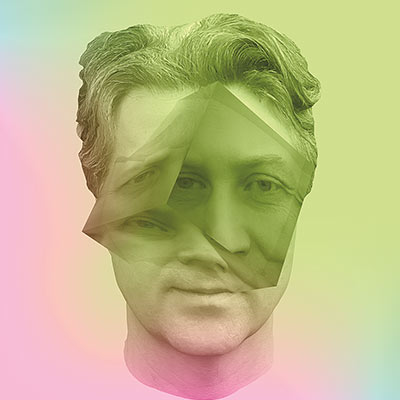 Born in 1968 in Voroshilovgrad (Lugansk, USSR). Graduated from the Bauman Moscow State Technical University (1991). Participant of the Belka International (1991—94). In 2000-2004 headed the Media Laboratory at the National Centre for Contemporary Arts, Moscow. In 1996-2005 together with Vladislav Efimov, created a number of projects, video- and interactive installations – a combination of new media and contemporary art. In 2005 together with Alexey Shulgin, organized the ElectroBoutique Gallery and Group, creating a number of projects and installations and exploiting the speculative and critical approaches to media art. His artworks were actively displayed in Russian and foreign museums, galleries, and organizations. Since 2011 teaches at the Rodchenko Photography and Multimedia School. Since 2014 works as a curator and co-organizer at the ElectroMuseum together with Alexey Shulgin. Solo exhibitions: Toxic Assets, Museum of Moscow (2018), Archive of Contemporaneity, ElectroMuseum, Moscow (2017), Art for the People, Perm Museum of Contemporary Art (2015), ARTOMAT, Triumph Gallery, Moscow (2012). Aristarkh Chernshyov has been awarded the Kandinsky Award in the Media Art nomination (2009). Grand Prix at the Ultrashort Film Festival in Novosibirsk (ESF) (2004) in the Animation nomination together with Vladimir Efimov.